遊☆戯☆王 (Yu-Gi-Oh!, King of games) is a manga series by 高橋和希 (Kazuki Takahashi) that was serialised in Shonen Jump from 1996 - 2004. The story follows 16-year-old gamer Yuugi Mutou, who solves an ancient Egyptian artifact and awakens a mysterious alter ego who emerges in times of trouble to assist him. The early chapters feature a variety of different games, but the series eventually centres around duels fought in a fictional card game.

This page covers translations of the opening and ending themes used in the anime series. 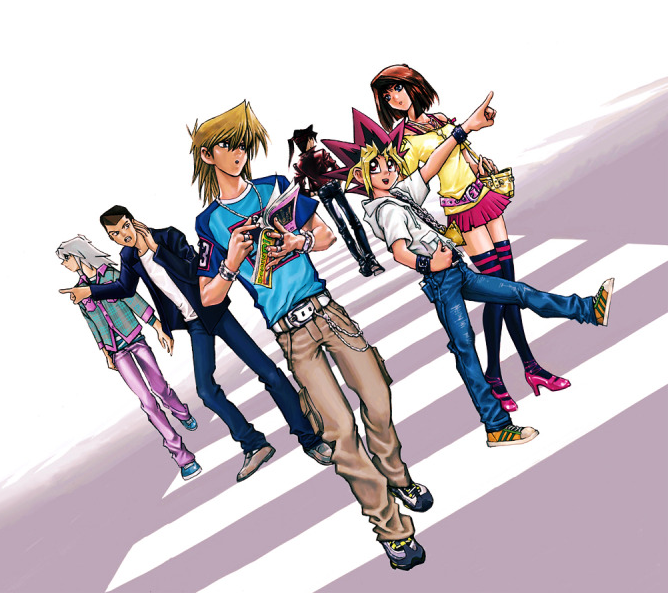 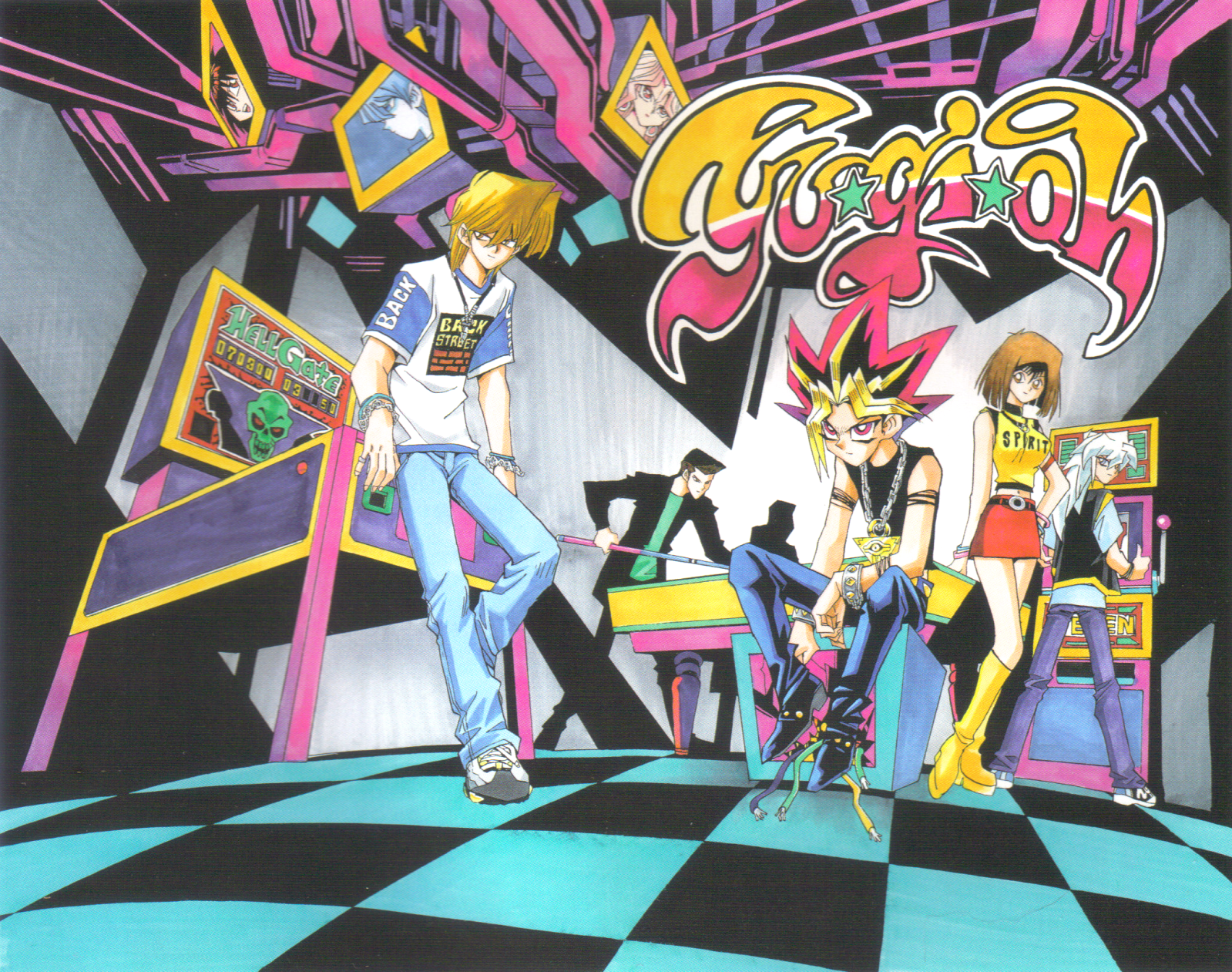